Yesterday was movie night over at our house.  The new Tinkerbell DVD (Tinkerbell and the Great Fairy Rescue) was released and we all cuddled up on the couch to watch.  In case anyone wants a review, I give it a two thumbs up.  It was fast paced, and had some excitement, all the fairies were included, and it had a great message for the adults who were watching too :) 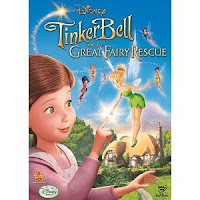 So in honour of that, here are some pics from Disneyland from August.  Of course, starting with Pixie Hollow.
They added the little house that Lizzie made for fairies, and the rescue boat. 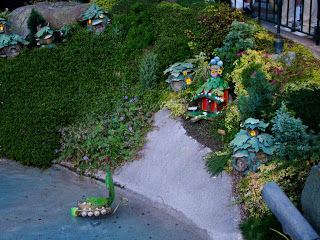 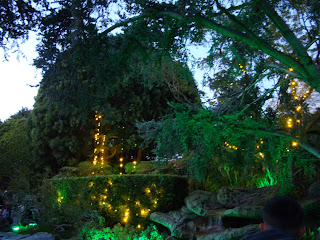 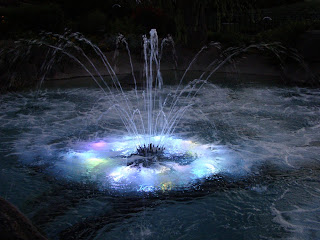 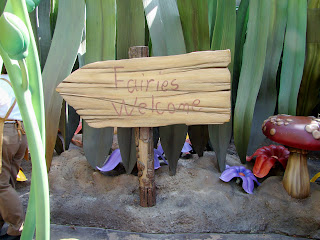 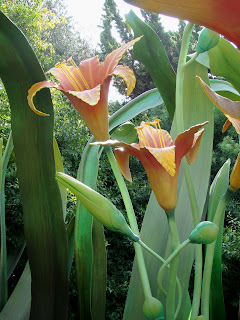 The backdrop to meet the first fairy friends was the field journal from the movie. 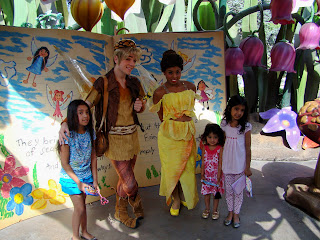 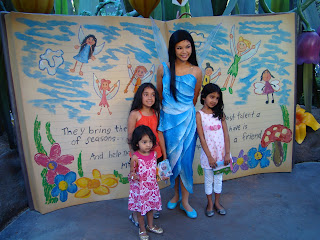 Over near Tinkerbell's house, there were lots of new things to see.

Including a visit from Vidia! 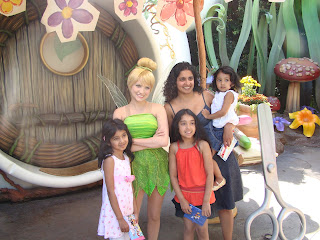 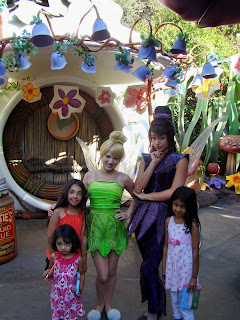 Since almost everyday we were there either started or ended (or actually both :)) with a spin on the tea cups.  I thought it would be fitting to end this post with a pic of the Mad Hatter's Tea Party. 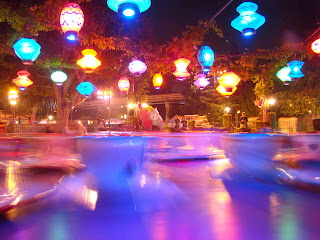