Keep Calm and Carry On

I saw this on the cover of a journal at Chapters today and just fell in love with it!  The history of it is a bit hard to read, basically it is based from an old British War Time poster, the quote from King George VI.  Apparently it was never officially released, but it turned up at auction almost 50 years later.


It now comes in so many different colours and sizes, which makes it hard to decide which one to choose and which wall it will suit the best.  Decisions, decisions. 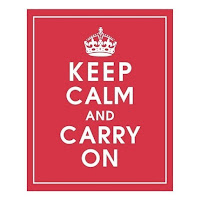 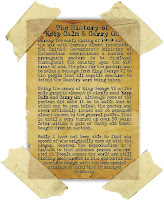