Secrets are so seductive, they make private connections between people for good and for naught.  They make a person smile from the inside out.  But a secret is a secret and really they come to no good.    I had a very hard time getting into The House at Riverton, but last night as I was avoiding my own life, I got into it and finished it in one evening.  The ending was very engaging and the thoughts swirling around about the power of secrets no matter how big or small, how important or insignificant at the time was well played out. 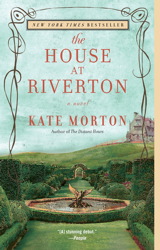 The other part of the novel that struck a chord within me was the author's description around three siblings.   She speaks of this connection of three throughout the novel, and I found her descriptions intriguing.


"Rule number three: only three may play.  No more, no less. Three.  A number favoured as much as art as by science: primary colours, points required to locate an object in space, notes to form a musical chord.  Three points of a triangle, the first geometrical figure.  Incontrovertible fact : two straight lines cannot enclose a space.  The points of a triangle may move, shift allegiance, the distance between two disappear as they draw away from the third, but together they always define a triangle.  Self-contained, real, complete."

And here is my completely staged photo to go with the quote!
The triangle is the kids elastic skipping rope (we used to call it Chinese Skipping,
( although I"m not sure if that is politically correct term now )
In any case, the kids cooperated to an extent so all is good:)
Happy reading.
Posted by Karen at 7:13 PM